Broken hearted.
That about sums up the GOP electorate these days as their hopes for a Great Savior have yet again been dashed, forcing them  to turn their attentions to the reality at hand: this year’s contest is shaping up to be a grudging and belated coronation for the oft-spurned but ever-ready Mitt Romney. 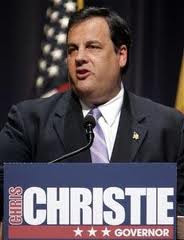 Of course, Gov. Rick Perry and his crew will declare that they’re in it to win it, that they’re prepared for a battle at the OK Corral. And coming from oil-and-gas rich Texas, they plan to have the multimillion dollar backing to finance their endeavor, despite a relatively late start.
They probably aren’t counting on Donald Trump’s money, though, since he’s taken a fancy to meeting with all of his former would-be rivals in the splendor of Trump Towers, where he can flaunt his assumed wealth and media pull. The list of the groveling not only includes Romney and Perry, but also Mr. Pepperoni himself, Herman Cain. With his spicy comments (since recanted) and, in case you were blinded by his rhetoric, dark skin, Cain has been the most exciting thing happening in the 2012 Republican contest as of late.
Until New Jersey Gov. Chris Christie.
Christie was love unrequited. As a near John Candy double, Christie’s girth gained almost more attention during this short courtship than his policies or politics in the Garden State. But he mastered the attention, raising the adulation level.
Christie’s the tough-talking, imperfect, get-things-done governor from a super blue state. He knows and could tame the voracious New York-Philly media markets, charm those suburban soccer moms, cozy up to the beer-swilling blue-collar guys – the ones President Obama (not multinational corporations in search of dirt-cheap labor) put out of work with his “job-killing policies.”
He could be that knight from the City on the Hill, so the thinking went. He would alter the trajectory of the race.
Still, Christie consistently told folks he wouldn’t run. That didn’t stop a draft-Christie movement from bubbling. Or keep media from tittering. Big money donors pursued him like frat boys after a vestal virgin. Really, there was more begging going on behind closed doors than at a blue-light basement party.
Bordering on foul-mouthed, brash and a self-proclaimed conservative, he was going to be that “fresh face” on the national stage for which the base has been clamoring. And they were panting by the door.
No attention was to be paid to the apparent fickle nature of this electorate, a strange amalgamation of tea party patriots, anti-abortion obsessionists, war hawks and a sprinkling of last-gasp dinosaurs known as moderates or intellectual conservatives (as opposed to the thriving John Birch Society variety).
They were only fooling around with Sarah Palin (or, she was fooling around with them; according to former NBA star Glen Rice, she does that well).
The Donald? Just a flirtation. U.S. Rep. Michele Bachmann? A summer romance. Perry? A pretty face, but not who you take home to Uncle Sam. Not when he flubs debates and stumbles with that race thing.
In the end, Christie stood up (or missed, as some pundits have said) his date with destiny. That collective groan from his cheerleaders you just heard started along the Jersey Turnpike, scoured the Rust Belt, shook across the Rockies and then shivered in the Great White North.
He said simply that he wasn’t ready – a not so subtle nod to those who have assailed Obama on this charge. Even at face value, that level of candor is refreshing. It almost made folks swoon all over. Almost.
He has significant right-sided criticisms. And given a history of fairly moderate ideals – a must, actually, for any successful Northeastern Republican, which may be why so few fare well nationally – it’s likely he, too, would have been another carcass on the side of the GOP road to the White House, 2012 edition.
No, Christie opted to live to fight another day. Maybe knock some more heads in New Jersey. Maybe transform historically underperforming and under-resourced urban school districts in places like Camden and Newark. Maybe shed a few pounds. Do all of that, and maybe he comes in a winner in 2016. That was said to have been his plan all along.
That is, if he doesn’t opt for a veep slot this go ‘round.
In the meantime, the battle royal for the GOP crown continues. Stay tuned.
Posted by Unknown at 11:23 PM No comments: