A final requiem for Whitney

Whitney Elizabeth Houston was a pop diva that indeed changed the game. 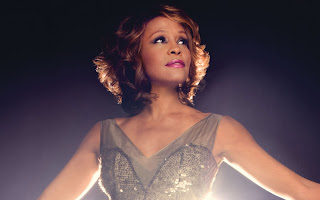 After selling millions of copies of her rendition of the Star-Spangled Banner, her cousin, Dionne Warwick recalled joking with her, asking, “What’s next? The phone book?”

But Whitney in her prime had that kind of command of an instrument so pure and so powerful that it could move masses to tears and pride with singular notes. She rose to become a national treasure, making her tumble from grace that much more Shakespearean, and her latest comeback effort all the more American. If anything, we love a great come-from-behind redemption story.

She embodied all that modern Western society says a woman should be in order to be beautiful – tall, thin, slender facial features and a light-the-room smile. To boot, she was caramel brown, an even tanner version of that idealized beauty that led to more exotic fantasies. Plus there was the voice that could enrapture.

A pop singer that could actually sing. Imagine that in today’s Auto-Tune music universe.

That was the Whitney that the world mourned last Saturday, as millions of fans, music and pop culture critics as well as pundits from across the globe tuned into the internationally witnessed homegoing services, filing Facebook status updates, tweets on Twitter and news accounts, including this one.

Even when she wasn’t a fixture on a Billboard chart or at an awards show – both synonymous with Whitney for close to three decades – she was still a presence. Easy listening or R&B stations. Proms or anniversaries. And of course, the supermarket tabloids, especially in her later years.

She was peerless vocally for more than a decade, blessed with what many will continue to proclaim as a  “once in a generation” voice. The div-ettes  that rose to prominence in the years since her 1984 emergence all trace their influence to her, days of prancing with hairbrushes to their lips, pretending to be her. They, too, wanted command of a voice that size, poise on stages that seemed so infinite.

Of course, those who knew her more intimately understood her personal struggles, the inner doubts and demons that never stopped whispering in the ear of what turned out to be just a regular Jersey girl. She often tried to smile it away, best her fears by lodging a brave face. When that didn’t work and weariness rose and wore her down, in came the nasty, snappy attitude – a common byproduct of substance abuse.

They were desperate defensive tactics to ward off the 25/8 pressures and costs of celebrity for someone who grew up before the eyes of the world in a pre-set princess mold whose corset demanded perfection.

“We got to give a little back to all our entertainers,” Ray Watson told those assembled at her funeral. For 11 years, he stood by her, as her uncle, bodyguard and friend. And he was among those who discovered her body when she died of an apparent accidental drowning in Beverly Hills on Grammy night 2012.

“They give their lives to you, just so we can have some entertainment,” Watson exhorted. “We have to treat them with love. And stop ridiculing them. Let’s give them some love, other than just a ticket to their show.”

His pleading is not uncommon, particularly after such a death leads to reflections on what more could have been done to recognize and mitigate the pain that was inflicted and throbbing. To save someone.

Her downward trajectory and tragic end hearkened to that of another pop megastar, Michael Jackson.

But unlike MJ, Whitney was packaged and designed for Mainstream America from the start, and then found an embracement in her black roots later in her career. It was the complete 180 of MJ, whose golden pipes and amazing moves dazzled Afro-adorning crowds years before the likes of American Bandstand ever caught wind.

Whitney’s handlers, by contrast, crafted her image with Dick Clark in mind, not Don Cornelius.

That allowed an easier acceptance of the now mythologized tale of her downfall, that she was somehow swept up by a “bad boy” named Bobby Brown, an ill-refined black brute who turned out the lovely damsel and dragged her into his sewer of foul manners and behavior. It made for a more convenient narrative of how a churchgoing, God-fearing girl could wallow so low, as depicted on infamous scenes of the reality show, Being Bobby Brown, and highlighted in confessional interviews with Diane Sawyer and Oprah Winfrey. It also made for plenty of guilty-pleasure reading of the celebrity tabloids and web sites.

Bobby Brown became such the villain that his own pain of losing a woman to whom he was married for 15 years and raised a daughter had been belittled and dismissed. Recently, more thoughtful analysis has emerged, and even sympathy for his version of events that led to him leaving Whitney’s funeral early and abruptly.

There will be an endless series of stories about Whitney, along with more chart-topping hits now that her music has re-entered the Billboard charts and this summer’s release of the film remake of Sparkle will once again bring her to the fore. Biopics, unauthorized biographies, tell-all books – everyone will want to get in on the act, to be a part of the legacy, to grab a bit of pixie dust and glory.

What often can be missed are off-shoot stories, like the response by Newark’s violent street gangs. For years, Brick City has been emblematic of all that is wrong with urban America, with its gangs leading the list. But last Saturday, they called a moratorium. This, they would do, to honor their sister’s homegoing.

From global guardians to corner thugs, the power and impact of a voice, of a life, can be witnessed in the unlikeliest of places, proving that they really are chartless.

Here’s hoping that Whitney finally has found her comfort and joy.

Posted by Unknown at 5:32 PM No comments: Links to this post