Your favorite writer-thinker settles in for another round of observations on All That Transpires in the World, but in particular in Philadelphia, the Delaware Valley and aspects of life in Harrisburg and D.C. It's time for another visit to the Inside Story table! 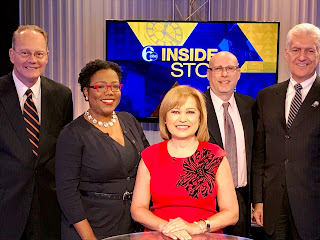 This week is an exploration into the ongoing bruhaha surrounding the statue of the late Mayor Frank Rizzo, the faux pas of flirtations with neo-Nazis (or any kind, for that matter), legislative "remedies" for protest aftermaths and more.

Host Monica Malpass keeps us panelists in check, the conversation flowing and you, the viewer, informed.

Of course, yours truly plays a proud role in keeping this program the most watched in its time slot in this, the fourth-largest media market in the nation.

Tune in 11:30A Sunday. If you happen to miss it -- gasp! -- never fear! Check out the recap on the 6abc site posted Tuesday. Just click here.
Posted by Unknown at 5:31 PM No comments: Links to this post

It really can’t be lost that those today decrying a preservation of whiteness are rallying around iconography that celebrates a rejection of the United States. Nor should the level of violence that broke out in Thomas Jefferson’s backyard come as a real shock. It’s been brewing for some time.

Last weekend’s assembly in Charlottesville – Unite the Right – descended on the small liberal Virginia college town under the guise of protesting the proposed removal of statutes of leading Confederate figures.

But they actually came because they are racists and are desperate to retain the vestiges of power racism offers, especially as wealth and the world passes them by. Those excusing their behavior are participants by proxy. Period.

Defined, racism is the ardent belief that one race’s superiority – in this case, white people – not only exists, but should be exercised and maintained by every available social, legal, financial and policy means available.

The neo-Nazis, the white nationalists and Ku Klux Klan that gathered in Charlottesville hold this view. And these torch-bearing Neanderthals traveled from across the country to spew racist, anti-Semitic bilge under the guise of protecting “white heritage.”

Believing that the First Amendment prescription for hate speech is more speech, counter protesters met them, to defend their town and ideals. Mayhem and even death ensued.

Heather D. Heyer, 32, along with Virginia State troopers H. Jay Cullen, 48, and Berke Bates, days from  turning 41, lost their lives in the aftermath.
That so-called conservatives are laying blame for the violence on the counter protesters besmirches America. There are others who say white nationalists have “legitimate” concerns.

There is a shorter explanation for this alt-right placation: "Racism works for me, thanks. Just don't call me a racist."

You see, “racist” has taken on the connotation of the vulgar and ugly, and no one wants to be so linked. It’s so unsophisticated, so impolite.

Better to believe things just happen for certain groups, as if by osmosis, an inherent abundance or lack of fill-in-the-blank –  intellect, talent, ethic, breeding, looks, charm or so on.

And never mention any type of unspoken edge or “privilege.” That would assume some mindfully requested advantage, as opposed to self-determination (see above fill-in-the-blank).

Chris Rock famously pointed out back in 1999 that when it gets down to it, average white people wouldn’t want to change places with even rich black people. They’d prefer things as they are, with some folks on top. Since most of those on top look alike, that must be the natural order of things, goes the thinking.

In Jefferson’s day, it was understood that only white (Anglo-Saxon, if you please) men counted when it came to possessing power, and those who gathered in Charlottesville deeply hold that conviction. They were determined to exercise it on behalf of all white people, even those who are content to blithely enjoy the fruits of their racist labor.

Both are textbook definitions for enemies of the state. So are terrorists, except when those doing the terrorizing are white. Then, heinous misdeeds seem to find new nomenclature. 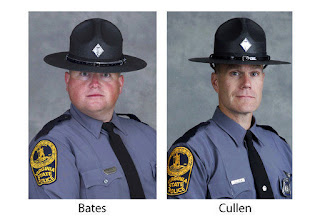 That split view wasn’t lost on those rally participants, declaring they were just there to defend against affronts to “white heritage.”

Brandishing Nazi swastikas is a harder sell. There’s little that could be less patriotic, something pointed out vigorously by a range of people across the political spectrum, from U.S. Sen. Orrin Hatch to German Chancellor Angela Merkel, all more forcefully than the U.S. president.

It took this president two passes to address Charlottesville, the second landing 48 hours after the carnage and only slightly stronger than the first. Both came couched amid braggadocio regarding plans for the U.S. economy. To borrow from his vocabulary, “Sad!”

It confirmed what many suspected, even feared, with his election. There’s no evidence that he’s an ardent alt-right follower, though key administration figures such as Stephen K. Bannon, Sebastian Gorka, Stephen Miller and others are near-celebrities in such circles.

But he’s clearly an opportunist, and the ways of this president bring a heavy moral baggage that left unchecked will translate into more wink-nods of tacit consent to those wailing to “take their country back” – by any means necessary, including more American bloodshed.
Posted by Unknown at 10:57 PM No comments: Links to this post