Readers of this space who reside within the Philadelphia media market may be familiar with the punditry of yours truly offered on various radio and TV outlets. For those who live elsewhere -- or just had too much to do this Sunday or simply forgot to set their DVRs -- we share this link.

Fair warning: the link is only good for a week, so catch it while you can!

This moderator for this week's panel (both pundits and moderators rotate every week) was Tamala Edwards. Inside Story is the top-rated public affairs program in the Philadelphia market and airs on Sundays at 11:30A . . . until football season kicks off. Then, the program shifts to 10A. Gotta make time (and money) for all that E-A-G-L-E-S hoopla!
Posted by Unknown at 10:51 PM No comments:

We interrupt this regularly scheduled blog post about youthful voters to solidify observations posted here earlier, that Gov. Tim Pawlenty was looking desperate and would be unable to make the GOP cut if he sank in Iowa. His Titanic-type campaign sputtered and sank at the Iowa Straw poll on Saturday.

Team T-Paw knew it too, and they went all in for Ames. Scrambling for activists. Pouring money into media. After throwing everything he had at the wall and seeing nothing stick -- from weakly sniping at fellow Minnesotan Michele Bachmann to declaring that you should "stick a fork in Obama, he's done" -- he decided to hang it up after finishing third in the largely symbolic political shin dig in Corn Country.

The straw poll winner doesn't always dictate the Iowa caucus winner -- or the RNC presidential nominee, or even White House's new occupant. But in this economy, even big donors have been a little gun-shy with the checkbook. Pawlenty's inability to connect with voters -- despite his working-class roots -- failed to sway those looking for energy. Anyone taking on a sitting president would need high momentum.

Bachmann, on the other hand, does. Kind of like a mob leader. The U.S. representative and tea party queen  placed first in the contest, shattering a glass -- or corn husk -- ceiling of sorts. That may be the scarier prospect of this year's straw poll.

Check this space shortly on the latest regarding youthful voters and the issues that will have them hopping mad -- and organized -- for 2012.
Posted by Unknown at 12:03 PM No comments:

People have been so fearful that the election of a brown man as president signaled that America would soon be a “third-world nation” that they’ve worked overtime to fulfill their fears. Witness the ongoing ramifications of the Congressional debt ceiling debacle, seen most starkly in the late Friday night report from Standard & Poor’s that downgraded the United States’ pristine credit. It's an act that made history, and not for the good. 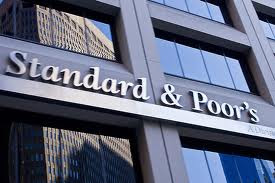 You can argue that this a case of the money masters wanting to make their political monkeys dance. After all, the stock market plunged to significant lows in the past week.
But let’s not forget some basic facts: a chunk of U.S. debt is concentrated in foreign hands.  And as jittery as world markets are – precipitated by economic meltdowns in Greece, Ireland and Portugal, with more fallout predicted for Italy – investors have been looking for something solid and stable.

They looked to America. And America whiffed. Rather, America’s political leaders whiffed. Big time.
Show of hands of folks willing to shovel out a loan to Loosey-Goosey Lucy who’s as flaky as she is flighty.
No takers? Now you're in the shoes of investors. That's the analogy they can make.
Anyone questioning the relevance of S&P offering its assessment of U.S. “political brinksmanship” miss the point. It’s no different than the rationale used when considering the investment risks associated with nations facing famine or floods. Unlike those disasters, though, the ridiculously obstinate ideology infecting the halls of Congress is entirely self-made.
People overseas look at President Obama – perhaps not perfect, but an Ivy League-trained, Nobel Prize-winning, forward-leading thinker. Then they look at the fringes – fairly or unfairly lumped under the universal umbrella of “tea party” – that seem to be leading the political parade. And then they turn to people they trust – and pay – to deliver analysis of situations they don’t understand. S&P made the case:
. . . the downgrade reflects our view that the effectiveness, stability, and predictability of American policymaking and political institutions have weakened at a time of ongoing fiscal and economic challenges to a degree more than we envisioned. . . ..
In short, you can’t be seen as a global leader, let alone Leader of the Free World, by acting like a brat in the sandbox. That’s the realm of insolent (and perhaps insane) people like Libya’s Moammar Gadhafi and Iran’s Mahmoud Ahmadinejad.
Those who took the 2010 elections as a mandate to wreck shop in D.C. need to think again. But that would require reflection. Or even more improbable in these times, culpability and accountability.
Like anyone else caught in the wrong, politicians – from the White House to Congress – are steadily picking apart the methodology and rationale of S&P.
The White House lambasted the rating house’s math and highlights the fact that the other two major rating agencies still have triple-A love for the United States.
Congressional members shrieked that this same rating agency failed to warn anyone about the junk that had been packaged and sold as mortgage default swaps – trickery that later tanked the global economy.
Policy wonks leapt to the air to assuage Americans – and international viewers – that this is not the end.
And it’s not. But if you need a louder wake-up call, this is it. For the sane, that is.
For U.S. Senate Minority Leader Mitch McConnell, who has pledged to make President Obama a one-termer, this might be part of the grand strategy. Mitt Romney, who’s barely made a peep during the whole debate, for fear of being found out, issued predictable bilge, and the other GOP presidential candidates followed suit.
Don’t be surprised to see the next wave of GOP talking points proclaiming that Obama brought this upon the nation himself, when he critiqued the politicization of the debt ceiling process. That rankled folks who want to make him pay.
Now the rest of us will have to. Perhaps dearly, in fact. A dropped rating, no matter how slight, adds to the costs of every credit-impacted expense – from mortgages to car payments to municipal bonds.

It's the cost of the inability to compromise. Expect eyes to fall to Asia this weekend, with the opening of markets. By the time Wall Street rings its opening bell Monday, the chatter might just drown it out.

Posted by Unknown at 8:44 AM No comments: