A time of transition

So there’s this article I need to finish cranking on the impact of Alzheimer’s disease among African Americans. And there are these ongoing reflections about the past decade I’ve been pondering and looking to record here. The head cold and blistering headache that won’t quit may be a sinus infection, meaning a trip to the doctor’s office for your friendly neighborhood uninsured browngirl. (Sigh)

Still, even with all that going on, I realized I could not move forward until I wrote about Hardy Williams. 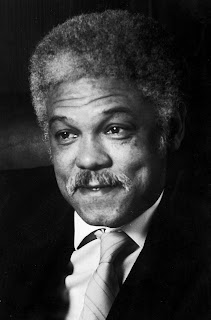 The bittersweet aspect of celebrating a new year is that if you live long enough, you realize it will also be filled with transitions, some of which you are prepared, and others that still stop you cold. Since we’ve entered 2010 days ago, both Eunice Johnson and Jean Biden have joined the ancestors. Their place in our collective cultural memory extends beyond being wives of powerful men or mothers to influential ones.

They were innovators and nurturers in their own right and women to be respected and emulated in a number of ways. Johnson forced a country and a people to see black women as every bit as elegant and beautiful as any who graced the runways or the seats surrounding them in Paris or Milan. Biden summoned and symbolized an earthy mother wit that continues to inspire, regardless of ethnicity, religion, or political party.

But as a Philadelphian, I would be remiss not to spend some time on Hardy Williams, the former state legislator, political activist, and dean of independent politics that inspired a fresh take on power and possibility in this city and beyond.

His death – ironically enough, due to complications from Alzheimer’s – saddened me both professionally and personally. As a student of and commentator on politics, it was more than evident that his influence can be seen in the current crop of political leadership and in anyone who values equality and justice for all.

Trained as a soldier and an attorney, Hardy plowed his charisma and intellect into a movement that had been brewing among African Americans, Latinos, Asians, women and the disaffected young of every color and community (sound familiar?). He is credited with making it all happen, but as history and reality often note, there is always an organization that helps create and sustain any transformational leader, be it King or Obama. The same is true here, and Hardy was secure enough to say such. In fact, one of his greatest gifts was to not only show a new generation that things could be different, but to take the time to offer him a few tricks he picked up along the way. His challenge was simple: "What are you going to do? Not talk about. Do?"

Those lessons did not come for free. Tuition came from sweat equity, because there was always a project underway, calls to be made, doors to be knocked on, papers to be filed, legwork needing fresh -- and often free -- energy. In short, there were dues to be paid. But what most will tell you - to a person - is that the price of admission was well worth the show, whether it threw light on how best to operate or what to avoid. 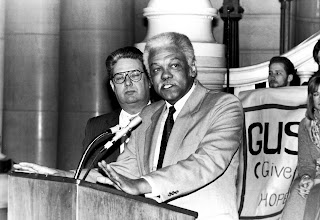 There are literally dozens of political figures around town today that owe some measure of their success to his efforts, either directly where he served as a strategist for their campaigns or indirectly in that he took on the major slings and arrows years before, making their road easier. Those numbers include the current mayor to the newly sworn-in district attorney.

It wasn't just about grooming "leaders," but also ripening the climate for those new voices, making the establishment understand that there were consequences for ignoring the will of the people, and emboldening residents so that they understood they deserved their desires to be heard and manifested.

Hardy is among that last crop of Civil Rights Era trailblazers and hell-raisers that are passing on. At 78, it seems like it was far too early for him to leave. Like too many of them, in communities across the nation, what exists in the modern record about him and them is largely  unsatisfying. Their legacies are tied mostly to crumbling newsprint and grainy film footage stowed in archives, far from this electronic, HDTV realm.

We are grateful that Hardy’s ambition didn’t end with integrating Penn State University’s basketball team – funny to consider today a college team of worth without a black player – or graduating from the University of Pennsylvania Law School. He didn’t peak with the 1971 mayor’s race that he lost, but won more as the first credible black candidate for the city’s top post, or even with his seat in the Pennsylvania House of Representatives or the Pennsylvania Senate. If he saw talent, he wanted to find a way to support and advance it. If he saw an opportunity, he was off to capture it. He had a street hustler's quickness with a social worker's compassion and a pol's savvy. The combo was off the charts if your cause was his, politically lethal if not.

His mind stayed popping, even as this illness crippled its key functions. He followed the 2008 presidential campaign with ferocity, and there was little doubt that he would. Breaking barriers and uniting people seeking to speak in their own voice for their own vision of democracy – it was all too Hardy.

I did not have the benefit of knowing him in his fiery era; my relationship with him arose during this lion’s winter. But even age-mellowed, Hardy was always ablaze with ideas, with the simple concept that empowerment means people could exercise their options as they saw fit – not relegated to being puppets in a show directed by shadowy figures behind the curtain. There’s more than I can record here in what I learned from and about him. But I will continue to strive to take the best of it and pay it forward.