It gets sickening to constantly hear about how much we, as a society, should and do value children, but when it comes right down to it, children remain the nagging inconvenience and near accidents we typically ascribe them to be. Especially whenever and wherever money is concerned.

It is more than disgusting to see the repeated cycles and budget battles year in and year out, when people pontificate about values and priorities, but then we have the same conversations about education. It would seem that by this point we would just make a decision: either we’re going to allot the resources to fully educate every child in this city, this state, this nation, or we won’t. The half-measured attempts, with partial funding here, cuts there, programs today, gone tomorrow, are more than wearing.

And this is spoken as someone who has borne no children. 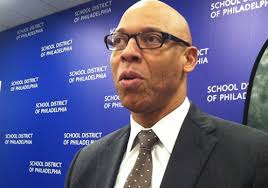 Today we heard from School District of Philadelphia Superintendent William R. Hite Jr. that unless $50 million falls into the district’s bank accounts by Aug. 16, he will not – cannot – open the city’s 218 schools on time. At least not in the way that most people would think of fall school opening – with a full day of orientations or re-acquaintance with hallways, students, faculty, staff and routine.

Instead, some select schools might open and others remain closed.

Or, schools will open for a few hours, and then close, for some undetermined period of time.

Or perhaps no buildings will ring their proverbial bells to welcome kids back. It’ll be the luck of the draw.

Among communities already reeling from historic closures and clumsy communications that marked those decisions, there’s little expectation that either suspicion or hostility will be suspended in such cases.

Hite’s rationale is that there’s not enough guaranteed money on the books to start calling up the requisite personnel to staff these schools so that they’ll be manned with some measure of comfort for the average parent – and citizen. The memory of a 5-year-old being abducted from her school in broad daylight remains fresh for many – and that was at a fairly well-staffed school. Imagine the potential room for errors – and horrors – if adult-to-student ratios fall to simply a principal and a handful of teachers.

Certainly no high school principal even wants to contemplate it, not with attendance rolls sometimes numbering in the thousands. Not with cavernous turn-of-the-century buildings with enough nooks and corners to offer aid and comfort to gleeful mischief makers great and small, drug dealers to pedophiles.

It can all be dismissed as an extreme stakes game of chicken, with Hite pressing publicly, but with sly finesse, against stubborn union leaders as talks approach a climax. Critics charge there has been little reduction in salaries among those occupying the administrative offices of 440 N. Broad Street, or much other sacrifice, though the honest among them will admit staffing there has been cut since the last administration.  Hite’s pronouncement could be chalked up as a warning shot to area politicians that he’s willing to test his power and strike first, turning parental anger toward them, not him, when a lousy, budget-compromised school year seems imminent.

Regardless of heartfelt intentions or Machiavellian motivations, kids and families remain the absolute hostages in all of this, followed by those who directly serve them in the classrooms and hallways of the city’s schools. As adults squabble about finding money to ensure there are bodies in buildings – and we haven’t even gotten to the quality of said bodies –parents and guardians, the thoughtful and engaged ones anyway, hold their breath and await outcomes. On the other side are teachers, aides, counselors, nurses and other staff following the back and forth like a Wimbledon match. It is their lives that will be tossed into upheaval as “leadership” dances toward the fire, up to the absolute last minute.

No one is waiting for Superman. Lex Luthor must have smashed his GPS in their last battle or something.

What would be super is if parents started talking to each other. And their families. And their friends. And with their neighbors. And with their employers. And their faith leaders. And if they decided that they were tired of waiting for The Powers That Be to decide their children’s education is worth something. And definitely worth more than the seemingly unending multimillion dollar prison construction projects.

If change indeed begins with the man in the mirror, and the definition of madness is doing the same thing over and over and expecting different results, it is amazing that so many of us gnash our teeth as we watch this dance. It grows more intricate and inane with every passing year, like a black Greek step show run amok. Maybe these are just the ramblings of a home-schooled kid, one whose parent early on said, “Enough,” because she valued her child’s education more than those charged with delivering it, and decided to put her effort where her heart was.

No, not everyone is as equipped to take that option, just like many cannot flee to tuition-based schools for relief. But exercising some other kind of option is a right every parent, every resident of this city, owns.

Then again, maybe in the main, we are innately enjoy, even are ultimately entertained by, the annual do-si-do that is the Philly public schools funding dance.

Circuses worked wonders for the Roman Empire. We see how that ended.