The Congressional elections of 2010 was supposed to be about jobs. Jobs, jobs, jobs.
Instead, we got a retread of the culture wars – the usual assortment of favorites like abortion, gay marriage, border control and whatnot. Plus, there was some tea party protestations with the package, as a bonus.
But mostly, we got hard lines declaring that the only way we would resolve any looming debt crisis facing the nation would be by cutting government spending. We also got the rebranding of said spending: “entitlements.” 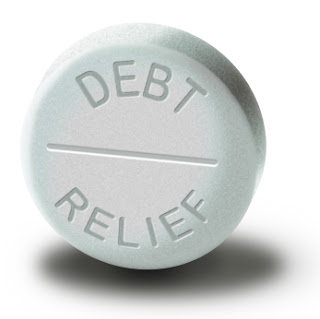 That language shift is important. After all, it’s easier for those of us slaving away every day to scorn and scoff at those who are plunging us into bottomless debt and think they’re owed something.  That can help sway public opinion, which pushes any public mandate into your corner, making it easier to mow down the opposition.
That brings us here to the close of July, less than a year later, teetering on the unthinkable – the downgraded credit of the triple-A rated United States of America, whose greenback has been world currency for longer than English has reigned as the official international language.
– –
Both Moody’s and Standard & Poor’s have been sounding the bells. And in case folks have been tone deaf to that, the markets signaled their own alarm, with stocks slumping downward every day last week. That finally got House Speaker John Boehner and Senate Minority Leader Mitch McConnell to cede the president’s point, that default would be economically catastrophic for U.S. and world markets. There may be some eventual relief in sight, though slight. Late Sunday, there were yet more assurances that a deal was "close."
But Boehner and McConnell's admissions of reality was a that concession came too late in the process – after start-and-walk talks with the president, days, instead of months, prior to the U.S. Treasury's Aug. 2 deadline.
Meanwhile, the tea party faithful still declare that such deadlines are pure fiction, that it’s all an elaborate ruse put together by the Obama Administration. And if it’s not, it’s his fault for panicking the world, not their obstinacy when it came to compromising on a deal on the debt solution that would include revenue adjustments – i.e. higher taxes for some, closing of loopholes for others.
It was a deal Boehner could not sell or seal with the president. Compromise, we've come to find in this process, is a four-letter word in certain GOP vernacular. Or a two-letter one: “No.”
Meanwhile, the Moody’s economics team of John Lonski and Ben Garber warned again of a potential oncoming double-dip recession. The confidence that many had anticipated would ease open wallets and hiring offices suddenly slammed down in the face of the political wrangling that hijacked Washington.
How delighted America’s enemies must be at this moment – watching the world’s greatest economic and military power devour itself in what amounts to the pettiest of bickering. How easy it will be to demolish the remains of our global moral authority since we've all but delivered the equivalent of a juiced-up shredder and unlimited vats of coffee.
The nation whose fingerprints are plastered over international monetary policy, whose lectures are nearly mandated the world over, walked the precipice of global credit default. And to top it, much of the antagonism arose with a faction that was discontented with the concept of paying to educate its next generation, protect its elders, or care for its infirm and indigent. These costs have been lumped under the title of “wasteful government spending.”
Better those dollars stay in individual pockets; best if it goes to coffers of corporate conglomerates.
The propaganda writes itself. It also removes America’s hagiography and puts a glaring spotlight on the wizard behind the curtain.  And at a time when tens of millions of young people in the Middle East, Europe and the Americas, North and South, are looking for leadership and models to emulate as they fashion political philosophy for the next century, we have failed them, as a nation. And that’s the truest tragedy of all.
Posted by Unknown at 7:59 PM